Posted at 20:41h in Articles by Richard Bennett
0 Likes

Smoke and the Sound of FL12 machine breaking down. Not Good.

Mission critical we got overhead protection on the sanger complete before night fall set in.

We were on track to compete this until the FL12 machine broke down on us.

Life was made easier using the FL12 to move and lift the dirt required.

This provided the roof of the sanger with protection from mortar rocket attacks.

The machine is down,

already working to our limits in blistering heat,

fatigues, helmet and body armor whilst operating in hostile territory,

with the imminent threat of an attack at any moment was the reality we had to deal with.

We broke down into 4 pairs.

2 pairs on the ground shoveling dirt into empty ammo containers,

1 pair on the roof of the sangar,

and the other pair providing cover and overwatch.

Once each ammo container was filled,

The pair on top of the sangar began pulling the crates up by hand using a rope.

Dump the dirt where it was needed, throw them back down to the pair on the ground and repeat the process until the overhead protection area was filled as required.

This task was relentless,

From the sheer heat, your drenched, from the repetitive movements your hands and back are starting to hurt.

As well as needing to remain switched on to any type of attack that could happen at any moment.

Even on the rest rotation,

Having to remain switched on,

Giving over watch and protection to the guys working.

This task took us over 7-8 hours of hard manual labor due to the machine breaking down on us.

At this moment, moral could have dropped,

and we all had the same feeling inside of us probably wanting to quit and wait for the machine to be fixed,

but we had a deadline to hit,

quick problem solving on the fly,

Clear plan and system we switched our focus to the task at hand.

It’s time to handball some dirt lads, let’s get it finished.

No one winged openly,

maybe a little within your own head,

but on the outside, we locked in and worked as hard as possible.

We could have broken right there and then,

but as a troop and section we had been training for months to carry tasks out like this,

we were all Airborne Engineers,

so, we had all been tested physically and mentally to even be serving within this unit.

We knew every man around us had the same ethos and wasn’t going to quit because our task had become more difficult.

Testing times will identify whether you have the resilience to overcome.

Will you stay on point, push on forward to achieve the task at hand?

Will you wilt under the pressure?

The modern era is forever seeking ways to bring comfort to our lifestyles.

Tests are swerved at every opportunity and the world always trying to negate pressure, difficulty and pain.

In some of the hardest times I have experienced there was an element of growth and self-recognition made.

Did I stand up to the test?

Did I overcome the challenge?

How could I have performed better?

How could I have led better? 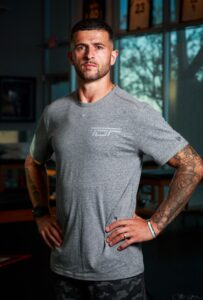 Thanks for reading. You can subscribe to the newsletter to stay up to date with every article.